No response yet from government, strike continues - ASUU

THE Academic Staff Union of Universities (ASUU) has ruled out the possibility of an imminent end to its ongoing strike. 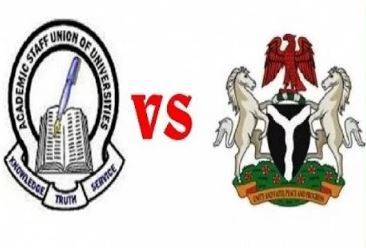 Speaking with The ICIR on the telephone on Saturday morning, the president of the union, Emmanuel Osodeke, a professor, said meetings between the Federal Government and the group had yielded no result.

However, state chapters of the union would meet next week, but the meeting would most likely not lead to calling off the strike, Osodeke said.

“We don’t just meet at the national to call strike off. The branches have to make inputs. But the government has not done anything to warrant suspending the strike,” he added.

The ASUU is one of the different groups of workers in Nigerian public universities currently on strike.

The News Agency of Nigeria (NAN) had reportedly quoted the Minister of Labour and Employment, Chris Ngige, as promising that his meetings with the striking workers would begin to yield fruits next week.

Some of the unions that had down tools and met with Ngige include ASUU, the Non-Academic Staff Union (NASU), the National Association of Academic Technologists (NAAT), and the Senior Staff Association of Nigerian Universities (SSANU).

“We had a cordial and fruitful discussion. We looked at the issues dispassionately and reached some agreements, to the satisfaction of everybody in attendance,” NAN quoted Ngige as saying.

ASUU began a one-month warning strike on February 14, following the failure of the Federal Government to meet its demands.

On March 14, the teachers extended the strike by eight weeks, which terminated last Monday.

According to TheCable, ASUU has downed tools over 49 times, more than four years since 1999.

Through its president, ASUU announced on Monday that the strike would continue for the next three months to give the government more time to address the union’s demands.

Some of the union’s demands are renegotiation of the 2009 FGN/ ASUU Agreement and the use of the University Transparency and Accountability Solution (UTAS), and implementation of the Memorandum of Action (MoA) signed with the government in December 2020 on funding for revitalization of public universities (both federal and states), earned academic allowances.

The demands also include on-remittance of third-party deductions and rejection of UTAS developed by ASUU to replace the Integrated Personnel Payroll Information System (IPPIS), payment of promotion arrears, and withheld salaries.